Dr. King was a Baptist minister and a proponent of nonviolent means to end racial segregation. He came to the national forefront with a bus boycott by African Americans in Montgomery, Alabama in 1955. King was the most influential African American Civil rights leader in the 1960s.
Martin Luther King, Jr. was head of the Southern Christian Leadership Conference (SCLC). Through inspirational speeches and activism, he played a key role in ending the legal segregation of African American citizens in the U.S. Dr. King was instrumental in the passage of the Civil Rights Act of 1964 and the Voting Rights Act of 1965. He won the Nobel Peace Prize in 1964 and continues to be remembered as one of the most inspirational and influential African American leaders of all time.

Rev. Dr. Martin Luther King, Jr. was assassinated on April 4, 1968, at the age of 39. He was shot at the Lorraine Motel in Memphis, Tennessee and rushed to St. Joseph’s Hospital. Dr. King died in the hospital at 7:05 p.m. James Earl Ray, a Missouri State Prison fugitive, was arrested at London’s Heathrow Airport two months later, on June 8, 1968, and extradited to the U.S. Ray was charged with Dr. King’s murder, pled guilty, and was sentenced to 99 years in prison. Subsequently, James Earl Ray made many attempts to withdraw his guilty plea and to obtain a jury trial. He was unsuccessful and died in prison in 1998.

The first nationwide observance of Martin Luther King Day was in 1986. This day is celebrated with parades and marches. Speeches are typically made by civil rights and political leaders. Organizations and individuals engage in volunteer efforts in support of the “MLK Day of Service.” Martin Luther King Day honors the life and work of Dr. King and encourages Americans to volunteer and improve their communities. The holiday creates an opportunity for education and a demand for social justice.
The great Rev. Dr. Martin Luther King, Jr. dedicated his life to achieving equality for people of all races. His message of peace touched and inspired many Americans. The national holiday on which he is honored is a time to learn and reflect on valuable messages that remain meaningful today. Famous quotes from Dr. King include the following: 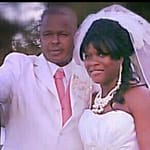